“Then we should’ve put up a nice neon sign right at the top of Vesuvius―a huge one that everybody could read: ‘STAY BEHIND AND BE LAID LOW.’”

Raffaele La Capria, Ferito a morte.
Three hours to issue a fucking ticket: so where are you going and why, and on and on. Yep, it’s the deep north for me, there you have it, into the cold and far, far away ’cause the sun down here shines on the worst sort of manure and it’s all you can see or smell. If only it was just the shit I could live with it, what’s wrong with shit, anyway, other than the smell? But it’s not that. It’s the crawling maggots all around it, left undisturbed like some protected species. For centuries here, the parasites haven’t just wallowed but gone forth and propagated, triumphant; nothing else survives. The rest just go along with it and suck away, too. I’m never setting foot here again.
Off we go. Train’s a wreck but it better roll, Naples to Milan’s nine hours, another eight to Strasbourg, then five to Brussels and three to Amsterdam. We’ll take it from there. At least a whole night and a whole day of travel, plenty of room for swearing. In a way, swearing is the poetry of the pure soul, all that subdued force, fire and blood and chest stuck out… all the songs I’ve written lately are just a single curse—slow or fast, whispered or loud and distorted, they’re all the same. But instead some people wanted me to―“Want to make some big money? Just play it like that famous dickhead, sing about the streets, about all the killings, denounce all that filth in rhyme.” Yeah, so they can make me Judge Falcone Martyr of the Year. Not without the car bomb, though. At least let me have my own bombing! I’m leaving instead, so fuck you all.
Say I’m starving on the streets, so what? Just hit the right park with my guitar and I can always find a tree to fuck and sleep under. Wanna spaghetti and-a seafood, mandoleena museek and sheer Neapolitan meanness? Served right up, with two Michelin stars. And yeah, I want to get high. Get high oh my, on the street and on the couch, day and night, in broad daylight. That way I’ll shit all the slime out into the open, but then I’ll be purified and reborn, unlike those guinea pigs in the Achille di Lauro clan. But now let me get some sleep.

Fuck it all. There’s no getting to sleep. My pupils are prick-stiff, blinking and winking but never closing down. My tantric pupils. All they can do is stare, transform. Those kids with their omelet-greasy hands, worn-out shorts and broken sandals running around in my face, traveling with mummy to join daddy the southern migrant worker… Am I running away from them? No, Christ on wheels, no! Dust-caked calves, tunnel passes and overhead lobs till long after dark―who could ever forget it? Who knows if I’ll ever get to play ball like that again with my fellow Titans? Upper corner of the goal, protection money, Prometheus’ bloody armpit. Not a single one of them left, those are the facts. They’ve all gone and become something: lawyer, dealer, architect, corpse. I’m the only Titan left, and I’m off.
Backpack, right, stash it down there. Still got a half bottle of J&B and some cold water. Whiskey and water and off you go, the Madonna watching over, Uncle Pulp tells me so. Fucks you up a bit this way, like a siren; grabs hold of you and you can’t even feel it, Odysseus, with your blindfolded liver, craving it like hell. Uncle Pulp Bukowski; at least the man had balls, unlike that pious soul, Sartre. Culture is the critical mirror of society―sure, lay it on thick, a shovelful of mascara.
Me, I’ll smoke me a joint in the can, sing me a song or two and if I meet a lovely nymph there I’ll play the youthful fair-tressed poet.

Speak of the devil: just look at her there, leaning on the wall; a dark-haired female. So I emerge into the corridor, start by showing her my passport―my guitar―and stay in her face, laughing.
“Hey, Daphne, I haven’t bathed in a couple of days but I’m good-looking; there’s a joint, a little orgy and an ode to you in the toilet.” She looks at me, bewildered, questioning. We’ve got traction: she’s smiling. “Apollo, I’ve been waiting a whole lifetime.” So off we go, hurled closer by the wreck’s careening. She could use a shower too. In the tiny toilet we divide up the labor like good little westerners, according to our areas of competence. I do the singing, a traveling song of orgies and reefers that I love, Sweet Jane, by an alter ego of mine who’s still alive. She―a piercing punctuating her eyebrow―rolls up the spliff. Lights up when I say so while I, keeping up the joyful rhythm of the chorus I’ve already sung, go unbuttoning her down there, bit by bit. I love getting half-naked, there’s an element of precariousness, of being boxed in, of submission. Down below, I’m in charge and I’m servicing you. As to you, Daphne, you can either trust me and get off or go fuck yourself. The clitoris can just drive you crazy: at first it’s harder than playing the violin but later you get it; there’s only one string, you can improvise. Whereas a violin―forget about it.
The half-naked orgasm comes as suddenly as death by violence. Straight, no coaxing, and there’s the brunette wide open. I take a puff and suddenly I’m no longer interested: the stuff always has this fucking spiritual effect on me and I get all emotional. But Daphne, she’d take me anywhere she went, lovely voice and sensitive fingers. “I’m going to my mother’s place in Latina. Stay with me for a few days, the house is empty.” “Lovely Daphne, I retort, your face is fair, the inside of your thigh is like a cantaloupe and you’ve got a juicy cunt. I’d love to fill you with bliss, but the fact is, I can’t. I’m leaving this place, see? Looking for something, can’t quite say what but it just ain’t here.”

She looks at me even more strangely than when I got her wide open, sits me on the toilet, embraces me. Crying. We’re still in Aversa, she must be thinking, still a good way to go before we part at Latina. Then she returns the favor, left-handed, slowly, her grip reaching down to cradle my balls, and she rocks me―the secret rocking that makes me bountiful. Once the joint’s spiritual effect’s worn off she gets me stiff and then rides me: resting her feet on the wings of the toilet seat she embraces me and climbs on. Weeping, I come inside her: I love you, melony Daphne or whatever the fuck your name might be.

[1] © 2012-2013 by Mary Fons i Fleming. All rights reserved. This translation was originally made for a Mediterranean Editors and Translators workshop on editing literary translations held in Barcelona and Venice in the autumn of 2012. http://www.metmeetings.org/en/editing-literary-translations:476 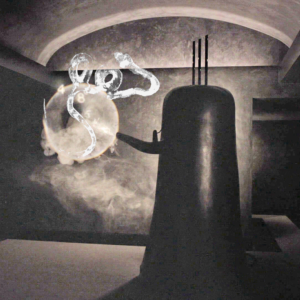 *Upward, behind the onstreaming, it mooned* 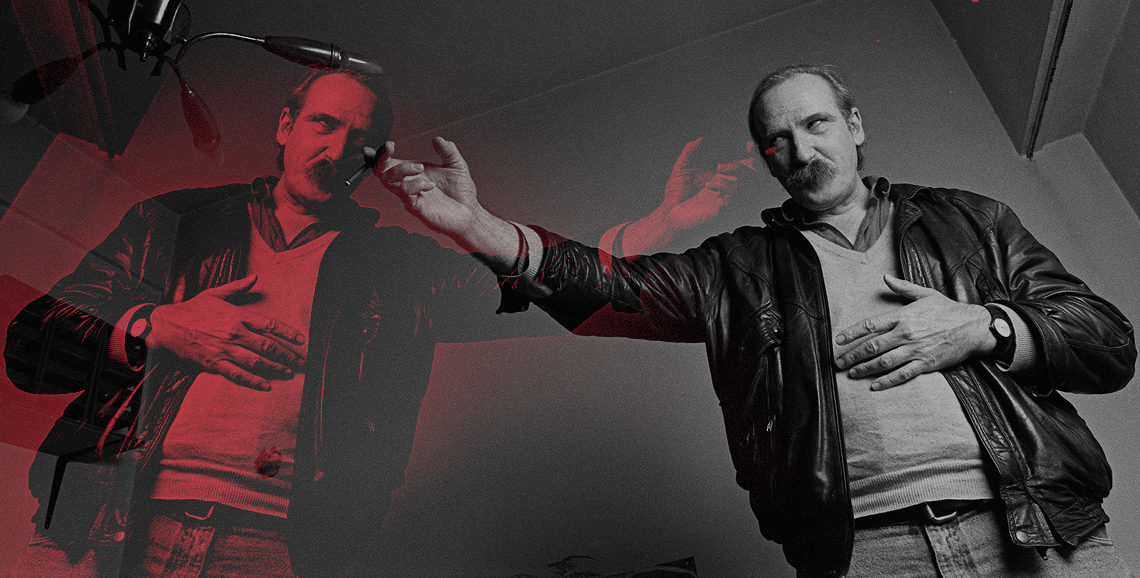